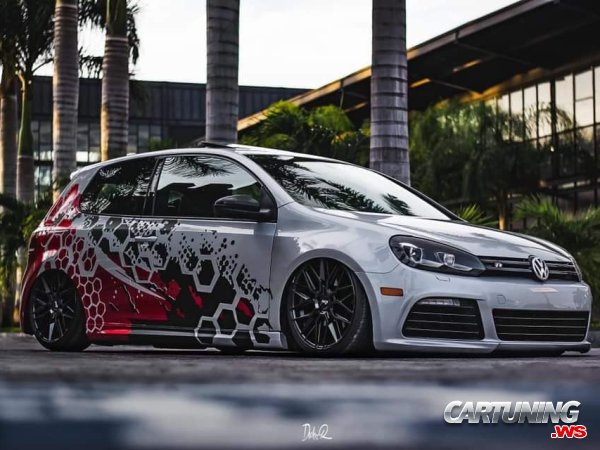 3-door VW Golf 6-generation. And it's not a simple hatchback, this is R-version, most powerful Golf of 2010-2012. It's rare enough car. And this car was a little modified.

At first this one Golf R was wrapped and you can't ignore it. Print was chosen by owner's taste. But that's not all. Suspension was lowered. And it was lowered by air bags, not by coilovers. Air suspension is not so hard and doesn't fit for races on the the track, but you can adjust car's fitment by simple tap. Lowered suspension + wrap = show car. It's fast Golf R, but this car is not about speed. Third notable element is new wheels. They are finished in black. Not everybody like black wheels, but who we are to judge owner's taste. Looks interesting and attract an attention on the street, that owner wanted.
Click tag #Volkswagen Golf Mk6 to watch more cars like this
Tuning Volkswagen Golf R Mk6 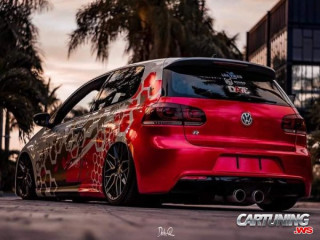 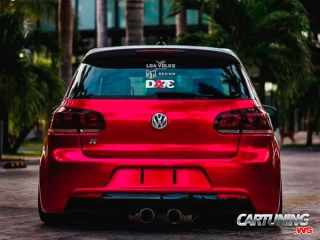 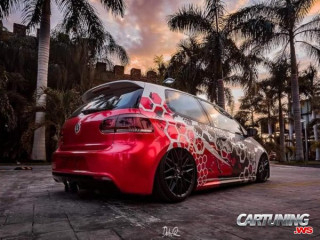 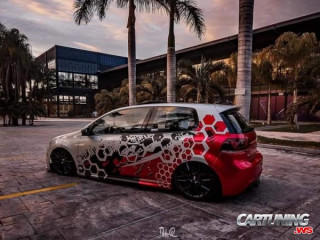 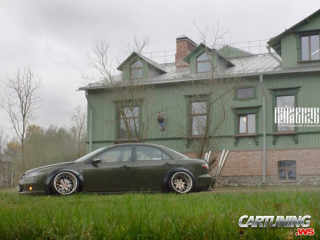 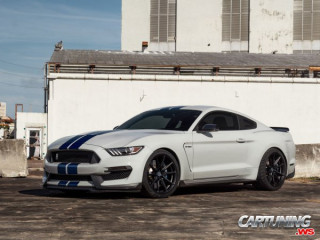 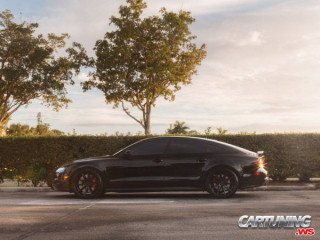 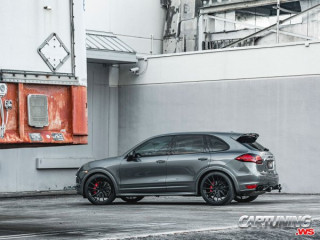